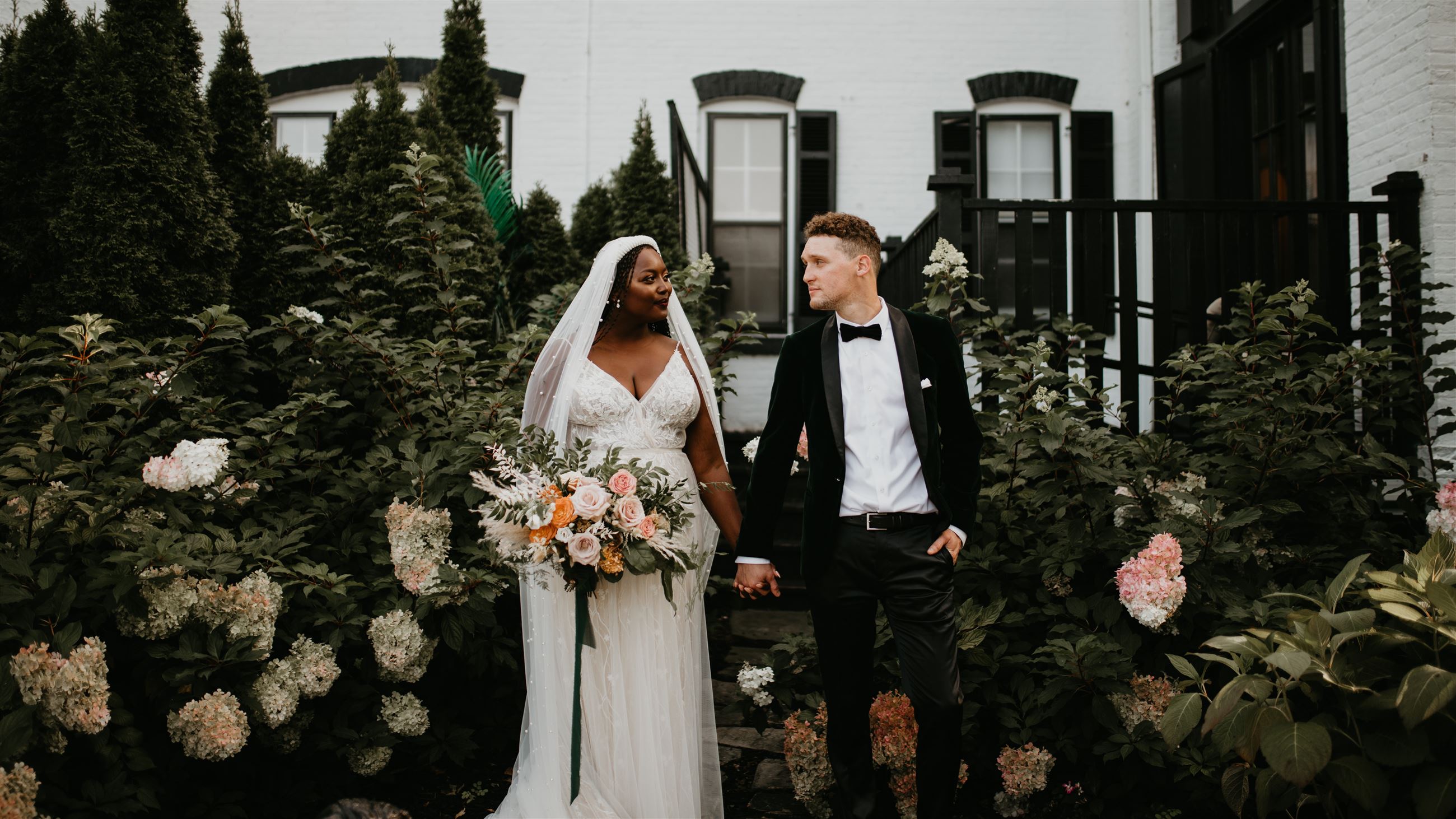 After an instant connection that blossomed at a local YMCA bible study, Sophia and Connor quickly fell head over heels for each other.

It wasn’t long before the idea of a proposal was on the table, and after a brief stint of long distance, Connor was on his way back to Wisconsin to surprise Sophia by popping the question.

“I had no idea that he was coming—he told me he wouldn't be able to call me at our usual time because he was working all day. My best friend took me for a drive that night and said, ‘For old times’ sake, let’s get dressed up like we can go out and eat somewhere.’ She [then] dropped me off at home later, and when I walked in the lights were on. There was a trail of roses leading to the living room [where] Connor was down on one knee.”

Sophia and Connor both hold Christianity close to their hearts, so one month after the proposal, they got married at an intimate ceremony where only 4 people attended. 3 months after that, they were able to celebrate with a larger group of friends and family at the stunning historic Maxwell Mansion in Lake Geneva, Wisconsin.

Website uses cookies to give you personalized shopping and marketing experiences. By continuing to use our site, you agree to our use of cookies. Learn more here.